35 Years of Christmas : The Book

I wanted to do something special for Christmas last month for each of the kids and decided on creating a photo book of Rector family Christmases through the years. I used one of those services that prints hard cover photo books on demand.  I went through my gazillion photos we’ve taken through the years and picked out some of the best ones then compiled them for the book for print and had six copies made. For the cover image which showed through an opening on the front cover of the book, I had taken a photo of one of our decorations… three porcelain elves I bought years ago when the kids were young.  Jenny has called dibs on those when I die.

I also gave one to my parents as they were in many of the photos and of course Roy and I kept one. Jenny and Amy opened theirs on web cam while I watched which was fun!  And those of us together here opened ours up on Christmas eve. (Roy had not seen the books yet so he got to open his and my copy.)  They saw photos they had forgotten about so it was fun seeing all their expressions as they went through them reminiscing. Below are just a few pages from the books and some shots of got of the boys and Roy looking through theirs on Christmas eve. 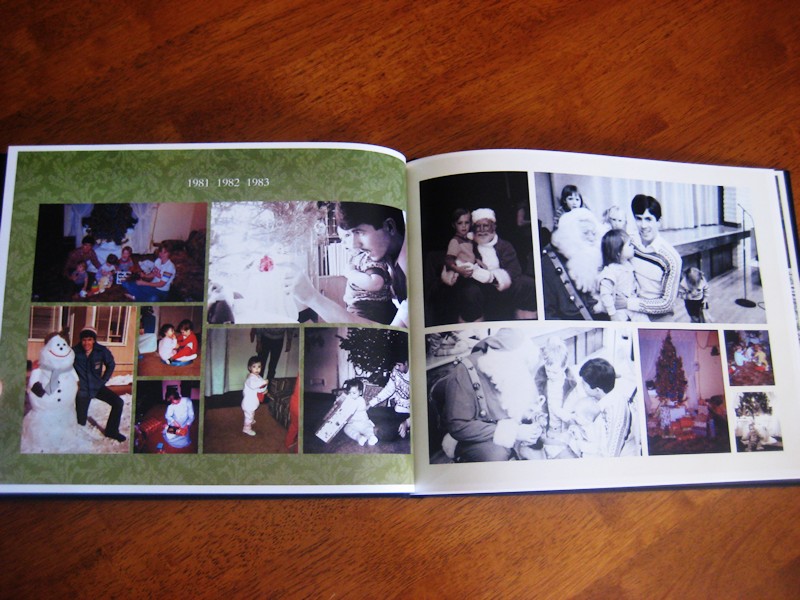 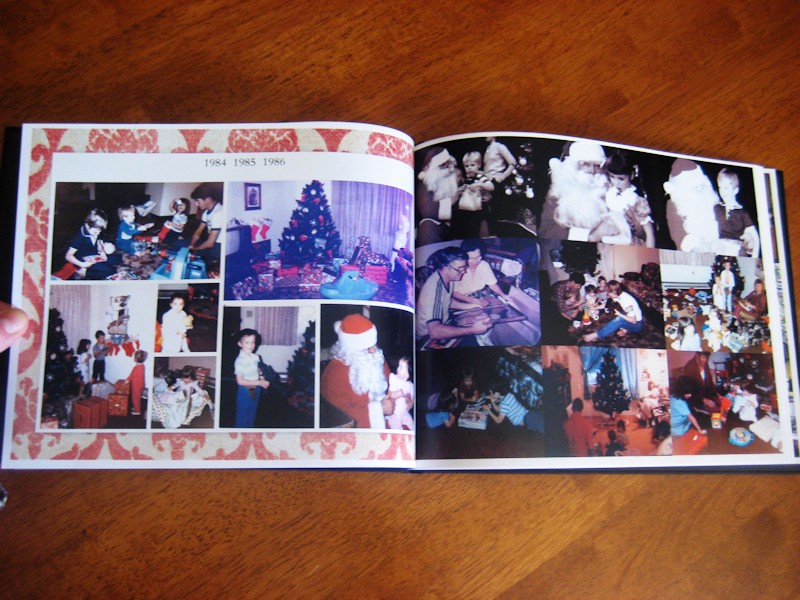 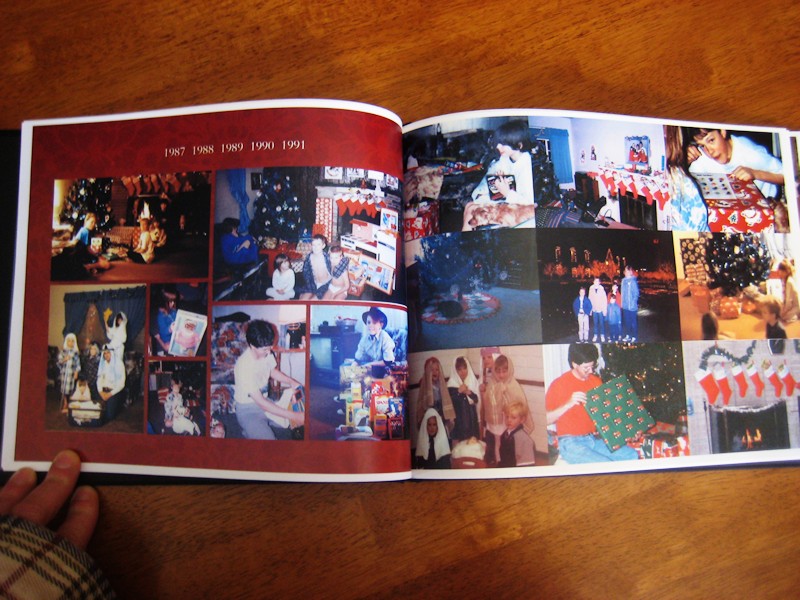