Tonight’s post brought to you by Amy. And what a post it is! For yesterday was Lyssa’s very first trick-or-treating experience!
She went as a zombie witch. Hello pictures! 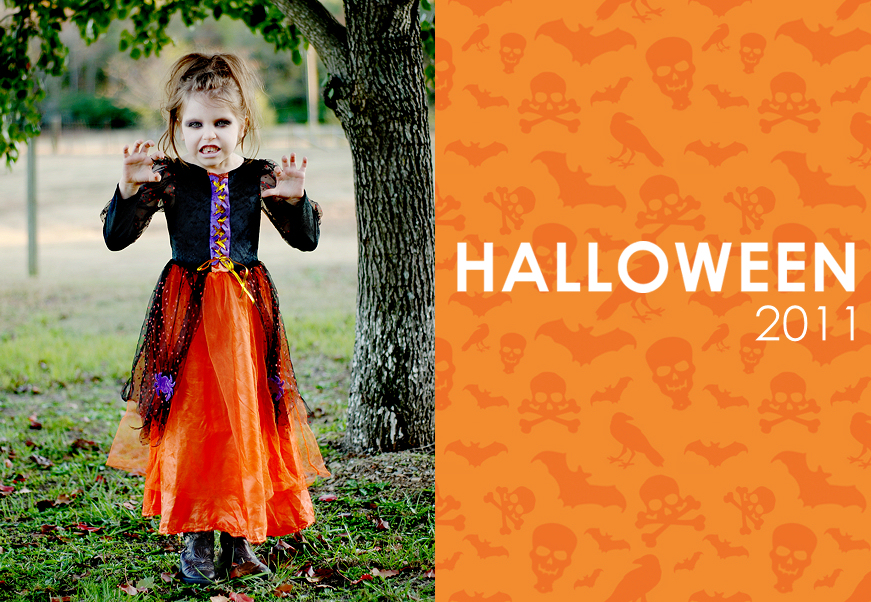 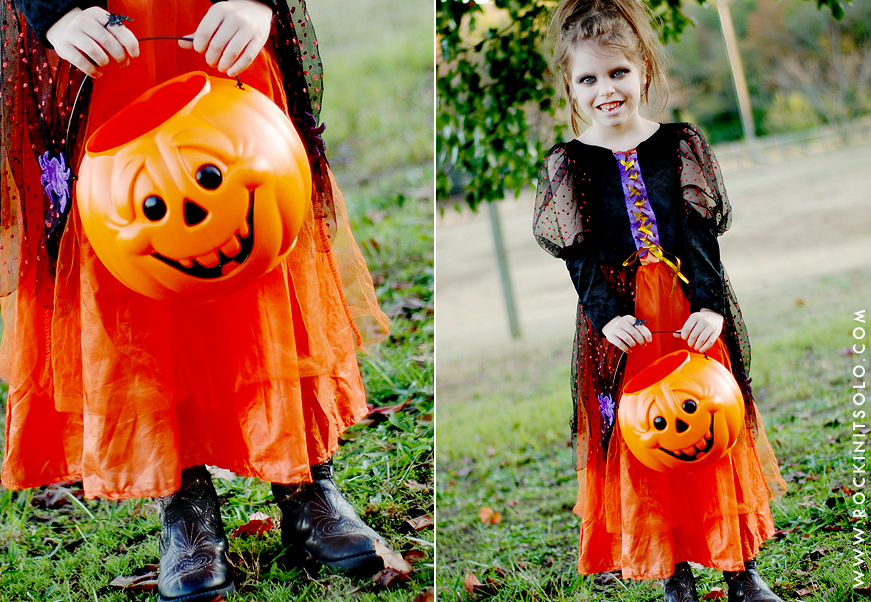 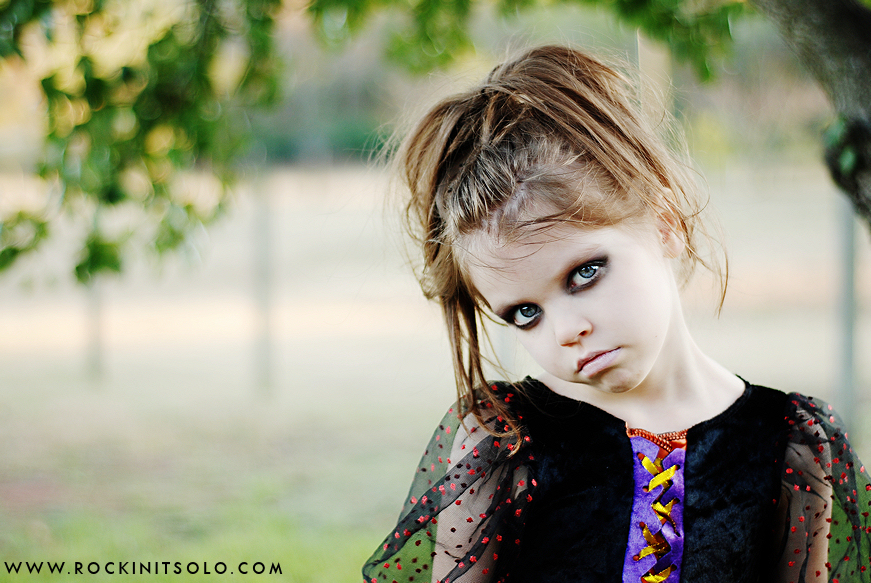 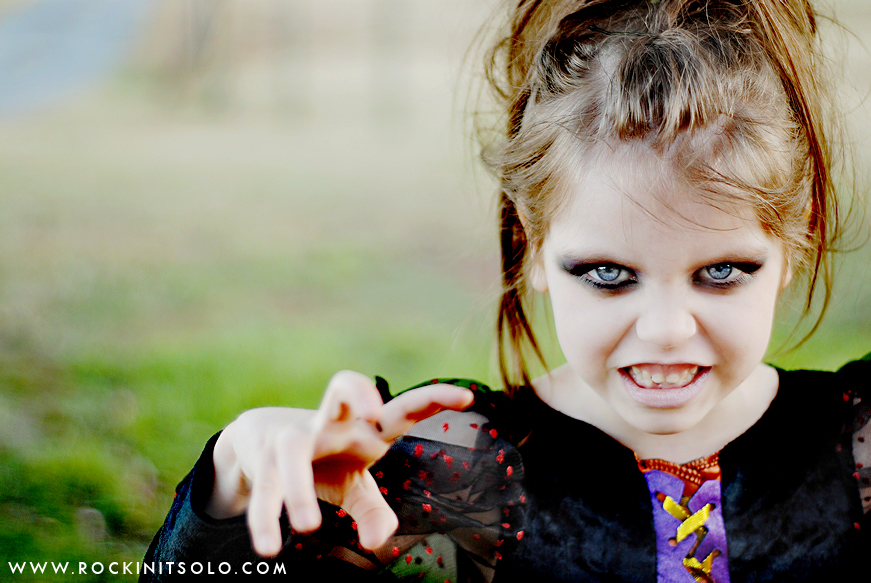 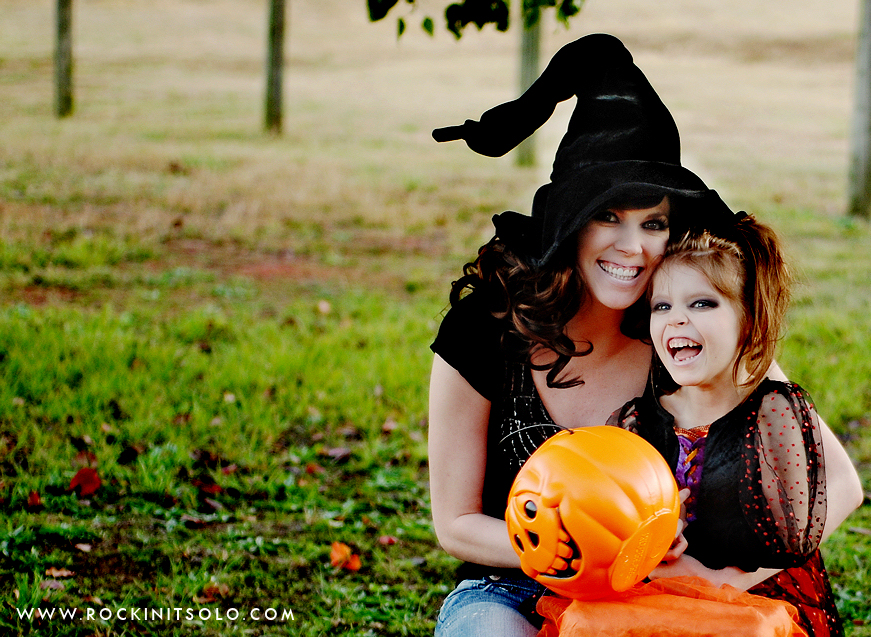 For our first go around, we ended up driving out to the neighborhood where everyone wanted to be. Cars were lined up to get in and out as festive residents greeted trick-or-treaters on their front porch. Lyss really ate it all up.  She insisted on leading the way to pick out the houses she wanted to go to, oo-ing and ah-ing at the other costumes we passed, and giggling the whole way through.  Except for the moments we’d stop and actually greet people – when her excitement would quickly turn to shyness. Silly girl. It was quite the experience though…from the exceptionally decorated porches, to the crazily costumed candy-givers, to the ongoing howls from a guy trapped in a coffin on the street. I caught a little video of that one! A bit hard to see…as most of the video is…but ya can’t expect much from filming at night. Might have to hit that replay button to really spot him popping out of his coffin, banging on the side before he drops back in. It goes by fast.

Ended the night on sweets and snapshots. 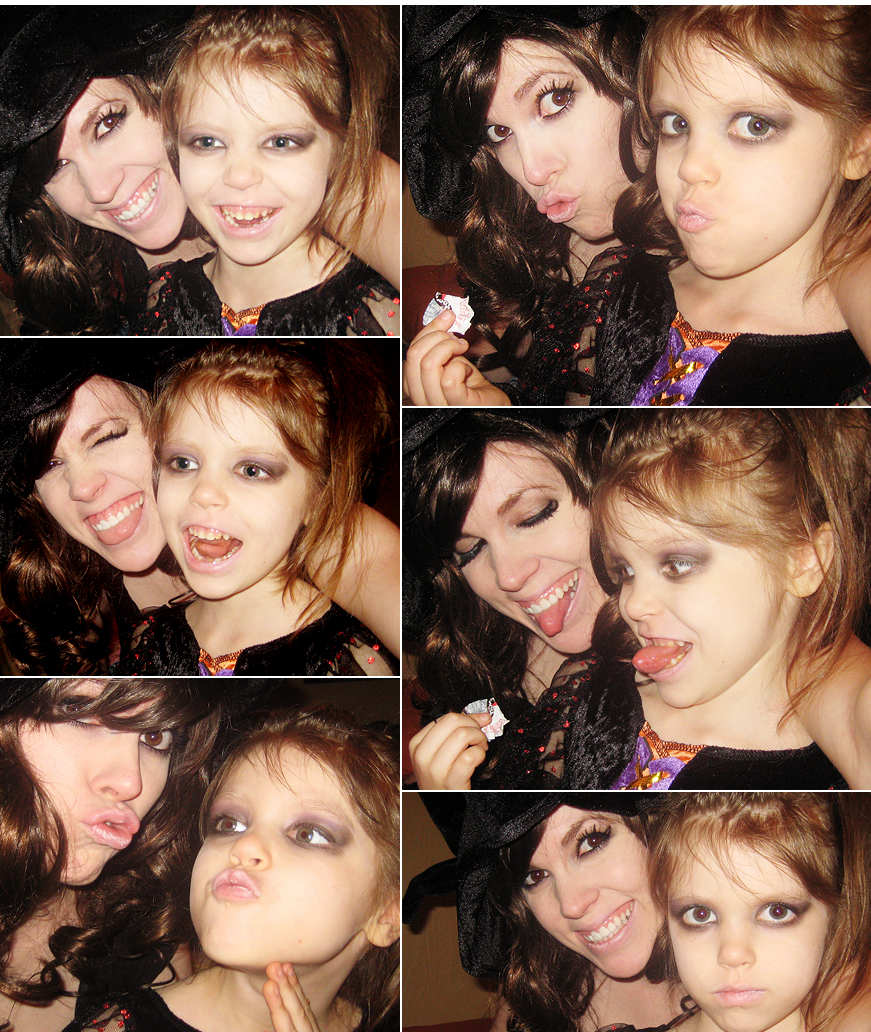 Just couldn’t keep her away from Halloween…however unhealthy all that sugar is.  Can’t beat that experience. Can’t beat it.