Our 1st Home in 37 Years of Marriage! 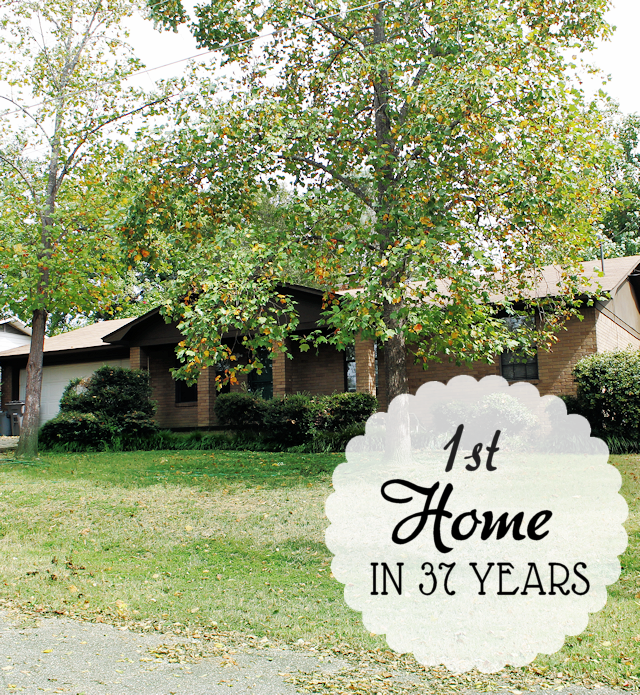 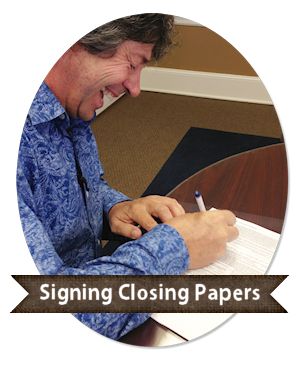 No kidding. Roy and I have been married 37 years, as of September 2014, and we just made our first official home purchase. Most people who have known us through the years know that we have had an odd/strange/unusual life together. We try to live from the heart… or the gut as it were… and do the things we’re impressed to do rather than following the status quo. It’s made for an interesting life for sure! It hasn’t always been easy mind you… the whole “Road Less Traveled” thing.

Our experiences have run the gamut from exciting to scary, from nerve wracking to magical, from crazy to downright unbelievable. But one things for sure. It’s never been boring. I’ve been told by many that I should write a book about our life but I tell them no one would believe it was a true story.

If you’ve followed me on Facebook you’ve been along for this part of the crazy ride that’s Roy and my life. Once we found the home and put an offer in I posted a couple of pictures. Everyone was excited for us and sent us wonderful wishes. But one of my favorite comments was the following:

NOTE: As we fix up our home the changes will be documented on Our Peaceful Planet!

Paula knows us well! You can read the more detailed versions of this story below the timeline and just how it all came about.

Here is our unreal timeline from when we decided to buy a home until we closed. From the time we found our home till we closed was 22 days. 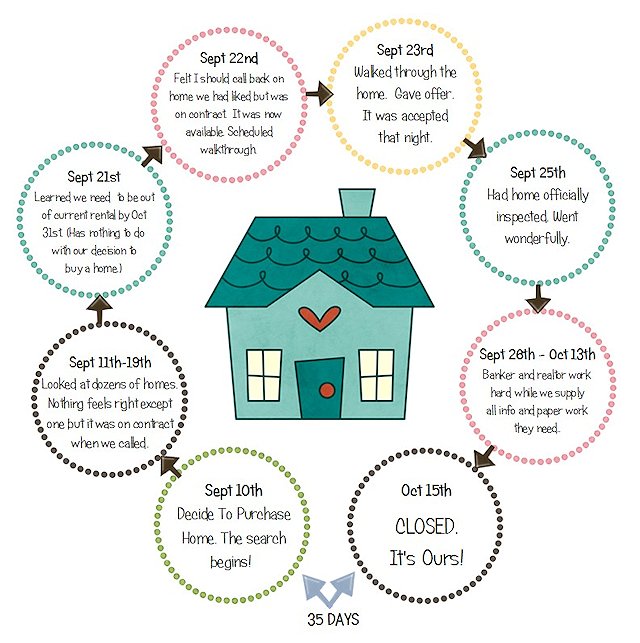 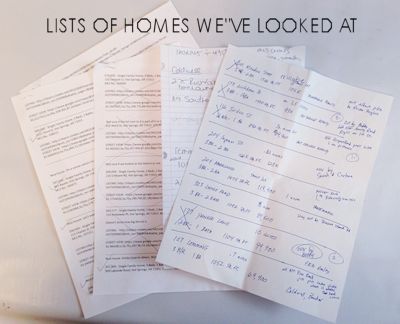 One of the unusual things about us, at least for a couple married as long as we’ve been married, is that we’ve never purchased a home. This has been for various reasons. Mostly it just never felt like the right thing to do. We’ve moved a lot through the years and even when we don’t relocate to another state we tend to move frequently where we are when we’ve felt we needed to. We did attempt to buy a home through owner financing a couple years back but had some major problems after being in it for about a year and we realized it was not going to work. Ends up that was for the best as many things are.

Having rented all our life we’ve been lucky enough to always find the most awesome houses. There have been quite a few times when we literally had days left before we had to be out of a home with no new one in sight and Roy was led to the perfect one at the last minute. That has happened more times than I can count. So I’ve come to learn that we will always be led to the home we need to be in and I never worry too much about it.

We finally knew a few months back that the time had come to buy. We had a few road blocks to overcome but everything fell into place with a bit of work. We originally wanted some land to build on but realized, that for now anyway, we need to be in the city.

We’d been looking hard for a place for about a month with no luck. Anything good around here goes quickly and many were just far from right for us. My dad was even helping us out by searching for homes on his own and giving us the addresses. Then on September 21st we learned we needed to be out of our current home, ironically, by the end of October. That put a little pressure on as most know once you find a place and have an offer accepted it takes a month ore more to close. I literally told Roy “Well, we’ve always been led to the right rental home so I assume we will be led to the right home to purchase as well.” The interesting part is that out of the many houses we had looked at there was only two that I really liked and connected with, both of which my dad had found and told us about. After checking out the outside of both places we called the realtors to see about looking inside them. One was sold already and the other was on contract. That was pretty disheartening. So we continued on our search. A few days later out of the blue I had a strong feeling I needed call again on the one home that was on contract. I did and low and behold… it was available! After my initial shock I scheduled a walk through. We had that on the day after we knew we had to leave in a little over 30 days.

The second I stepped into that home I knew it was ours. I didn’t have to see any more of it. Of course I did a fast 1 minute run through anyway. I then walked straight up to Roy and said “This is the one.” He agreed. We put an offer in that day and it was accepted that night. We signed the papers the next day. We still have to close but it should be done, we were told, by the 31st of October at the latest. How’s that for timing? As it ended up, and even more amazing, was that we were able to close on the 15th, two weeks ahead of schedule! I’m always surprised when things like this happen though I shouldn’t be by now. Maybe grateful is a better word. I mainly never want to take this kind of experience for granted no matter how often it happens.

The home is a bit larger than we have now and has a room for all our needs, crafting, studio, my office, exercise area, storage, etc. It’s on a quiet, beautiful dead end street with a huge open field across from it that is bordered on our side by trees that make a wall. It has a big back yard in which Roy will eventually put a dome studio and we will put in a nice sized garden. It also has several large trees which are important to me. (I couldn’t live in a home that had no large trees.)

Though it feels secluded and naturey on the street its close to everything in town and is only 5 minutes away from my parents. As corny as it might sound just thinking about it gives me a warm homey feeling. I can’t wait to move in and start making it “mine” as I have always done with all my homes. This one will be different though as it will be mine not just in spirit but in truth. And Roy… well he’s as tickled as can be. Roy has the spirit of a little kid and when he’s excited about something, everyone knows it. So he’s bouncing around the house coming up to me frequently saying with a huge grin “We’re home owners!” I love that about him.

So the future holds many posts where I will be detailing the ways we make the home very special.

I want to give a big thanks to all of you who follow our lives and web site. I hope we continue to inspire and entertain and maybe help you enjoy life more. That’s certainly our goal.

A Few Of Our Rental Homes Through the Years 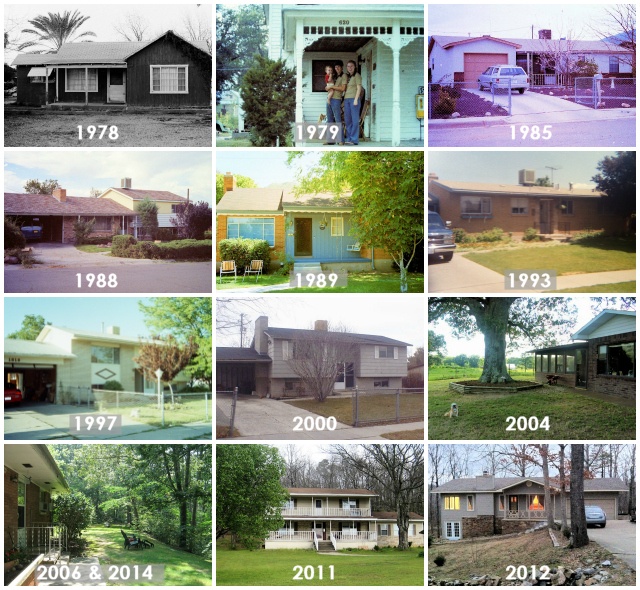 The home sites near the end of a quiet dead-end street. It’s been empty for over a year. 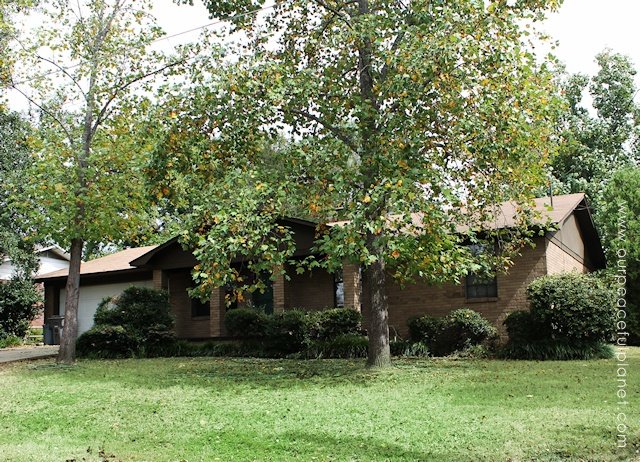 Looking out from the porch. 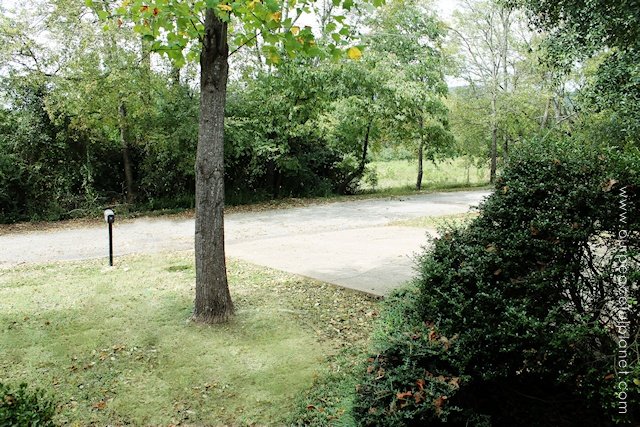 The field across from our home. 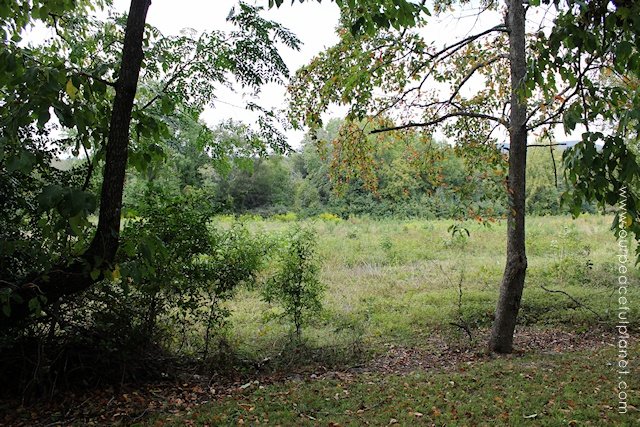 Looking down towards the dead end of the street. You can just see our white garage door on the far right. 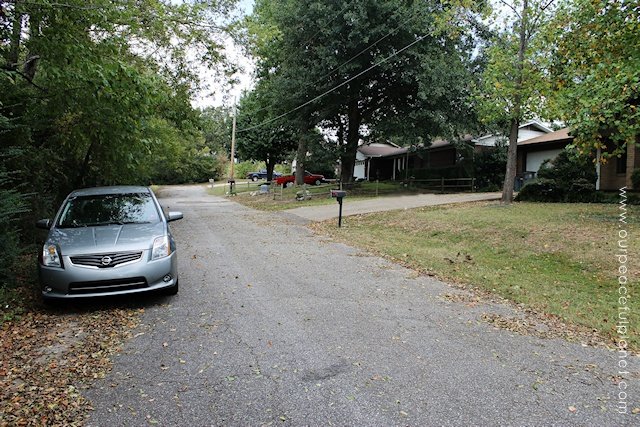 The back of our home. 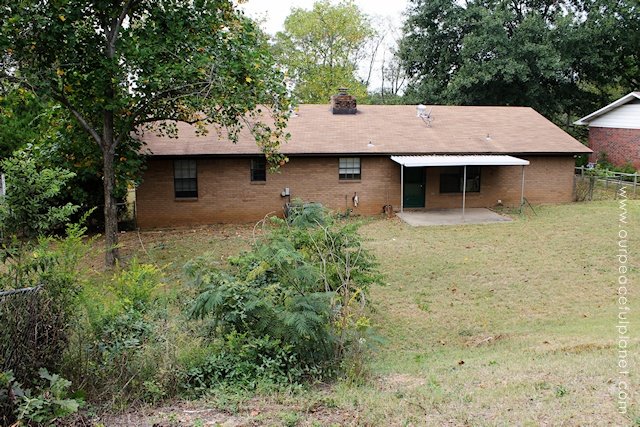 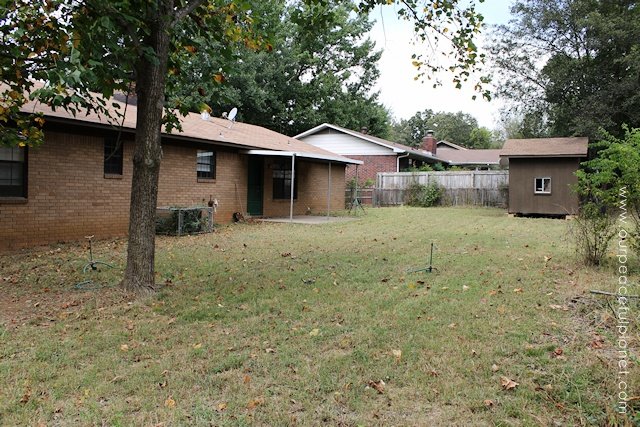 The back yard has a slopped area. We’ll use that for our garden and put in tiers. 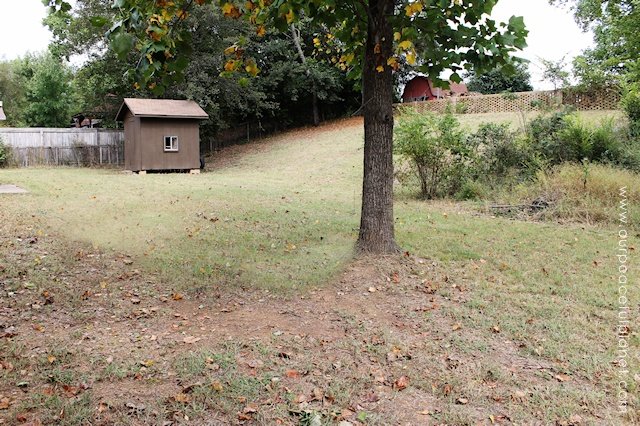 Looking up from the corner of the house. The shed will be moved. Roy plans to put in a dome greenhouse. 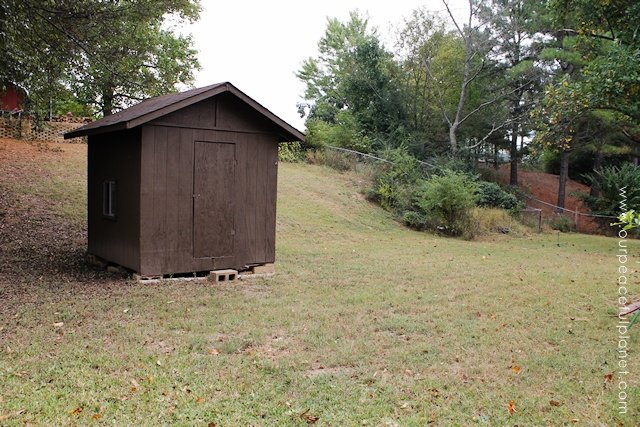 We have to give a shout out and big thank you to our realtor Paulette Mann at Trademark Realty and our Banker Raquel Martin at Bank of the Ozarks. They were an outstanding team that worked diligently together to get things done quickly! (I’m pretty sure they broke some sort of record.)